Eva Longoria is speaking up about her decision to file for divorce from San Antonio Spurs player Tony Parker, and she's starting with Twitter.

“It is with great sadness that after 7 years together, Tony and I have decided to divorce,” the 35-year-old actress tweeted Wednesday. “We love each other deeply and pray for each other’s happiness.”

On tonight’s “Extra,” Longoria is expected to provide more details to "Extra's" Mario Lopez. According to a statement from the show, Longoria tells Lopez that she found "hundreds of text messages" from a woman on Parker’s phone, and that this woman was revealed to be the wife of one of Parker’s teammates.

The “Desperate Housewives” star will also talk about Parker’s infidelity early on in their marriage with another woman, one he kept in touch with via Facebook.

Longoria “is devastated, she wants us all to know that,” Lopez said. “But she’s strong.”

Longoria was expected to appear at the American Music Awards on Sunday, but has since canceled and has made plans to spend Thanksgiving with friends 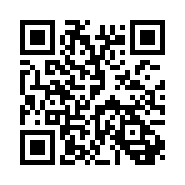